After the assault on GOP electors, it turned out that HRC (who lost 5 electoral votes vs. DT losing 2) has broken a 104 year record for most electoral college elector defections in an election.

Want a story on yesterday’s electoral college voting results, quite disappointing for Democrats? You’ll have to scour the bowels of today’s NYT stories to find anything.

However, this is right at the top (the crushed voting button is a real subtle flourish): 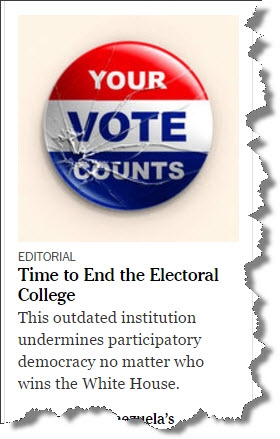