In Salon, Sarah Watts writes a piece on “White fragility is real: 4 questions white people should ask themselves during discussions about race”: 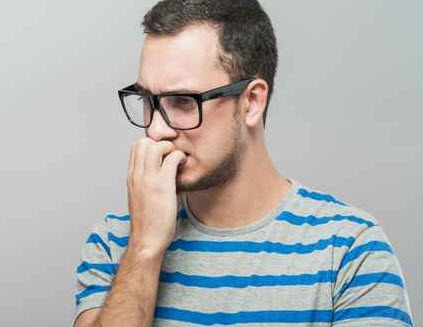 White fragility is a phrase coined by author Dr. Robin DiAngelo, and is defined as “a state in which even a minimum amount of racial stress becomes intolerable, triggering a range of defensive moves.” According to DiAngelo, most white people “live in a social environment that insulates them from race-based stress,” due to their privilege as part of the cultural majority. In turn, says DiAngelo, whites are infrequently challenged and have less of a tolerance to race-based stress, causing them to be hostile, guilty, defensive, or fearful when confronted. This phenomenon is white fragility. In the end, white fragility ensures that conversations about race are derailed, and the status quo of white supremacy is upheld.

I consider myself an ally, but I frequently need to check myself against white fragility, in order to make sure I help center the conversation where it’s appropriate – black deaths at the hands of law enforcement – and not on feelings of white guilt, anger or denial (mine or anyone else’s).

Here are a few ways I check myself against white fragility.

Watts’ piece is a case study in white liberal self-loathing. It is truly astonishing to see a mind so infected, as through passages such as this:

As a white woman, I know I’m absolutely cocooned in privilege: The color of my skin gives me an advantage when I’m applying for a loan, interviewing for a job, or even being taken seriously when I speak. But sometimes hearing from other people about how privileged I am can send a jolt of hot anger through my body. I forget that having white privilege doesn’t mean my life has been perfect, or that I’ve never had a single hardship, or that I’ve never suffered loss. I have.

Anger is something I see (and personally experience) often when I’m confronted with racial issues, because accusations sting. I know theoretically that white people have oppressed and colonized indigenous people and people of color, and the effects of that are still felt to this day, from the Rwandan Genocide to Apartheid to the subliminal fear of black men that killed Philando Castile. But hearing that I’m personally part of the problem? That hurts. DiAngelo explains this perfectly in her paper on white fragility when she states, “people of color are almost always seen as ‘having a race’ and described in racial terms (‘the black man’) but whites rarely are (‘the man’), allowing whites to see themselves as objective and non-racialized. … Race and racism become their problems, not ours.”

I may be outraged by the deaths of Sterling and Castile. I may have never participated in slavery or personally colonized a country, but you can bet that I still benefit and enjoy privileges that my friends of color don’t. I’m still part of the problem. By recognizing that, I hope to be part of the solution.

This entry was posted in Anti-White, Left, Race. Bookmark the permalink.