Sometimes, The Organizer overplays his hand. Regarding a recent Pew poll: 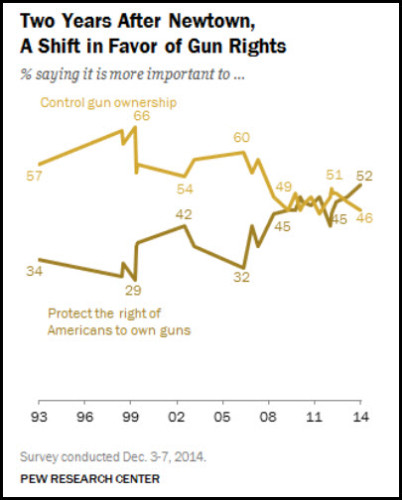 The reason: Americans now believe having a gun is the best way to protect against crime, 63 percent to 30 percent.

“We are at a moment when most Americans believe crime rates are rising and when most believe gun ownership – not gun control – makes people safer,” said the survey.

The Organizer’s concerted effort to make Ferguson, MO a modern-day Selma, AL may have backfired on him, amongst the constituency he knows the least about… white Americans.

This entry was posted in Culture, National. Bookmark the permalink.