In The Nation, Vivian Gornick has an exceptionally well written review of Berel Lang’s book Primo Levi: The Matter of a Life. 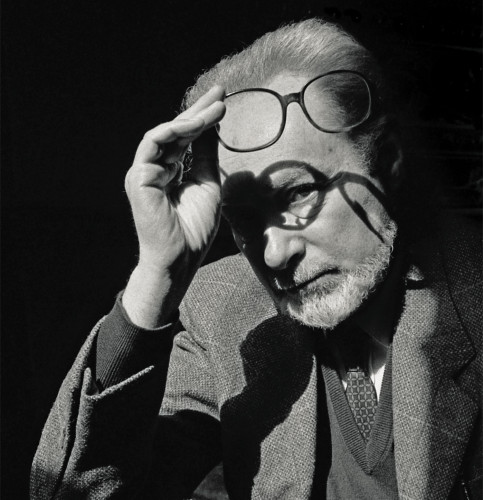 Gornick argues convincing that Primo Levi’s suicide in 1987 was not a direct result, per se, of his experiences in the Holocaust but was something of an inevitability given Levi’s lifelong social anxiety, delayed only by what became, post-Auschwitz, a purpose-driven life and an outlet for latent philosophical and writing talent.

Levi’s meditations on the existential horrors of the Holocaust were profound in finding perhaps the heart of darkness in the seemingly secondary aspects of that genocide. Levi dug into the depths, inquisitively, dredging the many layered recesses of man’s capacity for evil (that is, that most awful part of human nature), focusing on:

… what Levi called “useless violence”: administering blows and curses for no reason; withholding food and drink for no reason; ordering prisoners to stand naked in the yard for no reason (“in the blue and icy…dawn…all our clothing in our hands”). At first, Levi writes, “It was so new and senseless that we felt no pain…. Only a profound amazement: how can one hit a man without anger?”

Why? is the question that the 24-year-old Primo—a child of the Enlightenment, committed to the rule of reason—kept asking himself. Why, when the Germans had already determined on mass murder, was it necessary to torment the prisoners every hour that they lived?..

Gornick relays an example of Levi’s meditations on the subject:

In a single famous incident in his memoir If This Is a Man (published in English as Survival in Auschwitz in 1959), Levi writes that he was brought before an SS officer who was to decide whether he could be put to work as a chemist in the Auschwitz rubber factory. The officer is sitting at his desk, writing, when Levi is admitted to his office:

When he finished writing, he raised his eyes and looked at me.

From that day I have thought about Doktor Pannwitz many times and in many ways. [W]hen I was once more a free man, I wanted to meet him again, not from a spirit of revenge, but merely from a personal curiosity about the human soul.

Because that look was not one between two men; and if I had known how completely to explain the nature of that look, which came as if across the glass window of an aquarium between two beings who live in different worlds, I would also have explained the essence of the great insanity of the third Germany.

Readers of this blog will know I often use Cormac McCarthy as an existential reference point. His writing, scope of knowledge, and overall poignancy is like a fixed star in the night sky upon which I’m able to orient my own attempts at a moral compass. His concerns are of a similar vein to Levi’s: man’s capacity for evil, the nature of evil itself, and why we seem unable to ‘evolve’ out of it.

This entry was posted in Existentialism, History, Literature, Sociology. Bookmark the permalink.