The guy had a supercharged and amazing life. Sublimely talented, he was touched by fire, as many great artists are, battling depression his whole life, and eventually succumbing to the demons.

In terms of comedy, his best years of antic-comedy may have been behind him, but he might’ve still had some great subdued comedic works (e.g., The Birdcage) or dramatic works ahead of him. 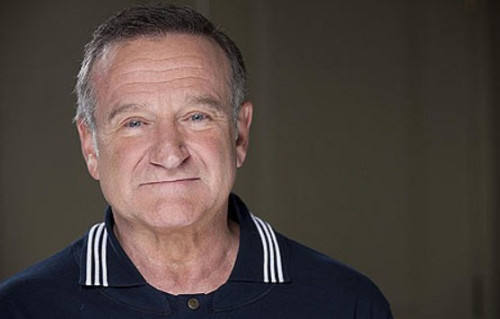 in Chicago, attended Juilliard, and stumbled into what became a widely successfully, very original stand-up comedic style, one greatly influenced by the improvisational method of Jonathan Winters. (About 10 years ago, I had the pleasure if seeing his stand-up act, and watching him riff from audience suggestions was like watching Picasso paint.)

Growing up, the Mork & Mindy show was the thing to watch, and Williams’ Mork was a pop-cultural phenomenon. He then made a suprisingly effective and successful foray into drama, which, while being spotty nonetheless included films like Awakenings (1990), The Fisher King (1991), and Good Will Hunting (1997).

He did a lot of admirable charity work and was a U.S.O. regular.

Such a huge talent.

This entry was posted in Culture, Film, Hollywood. Bookmark the permalink.