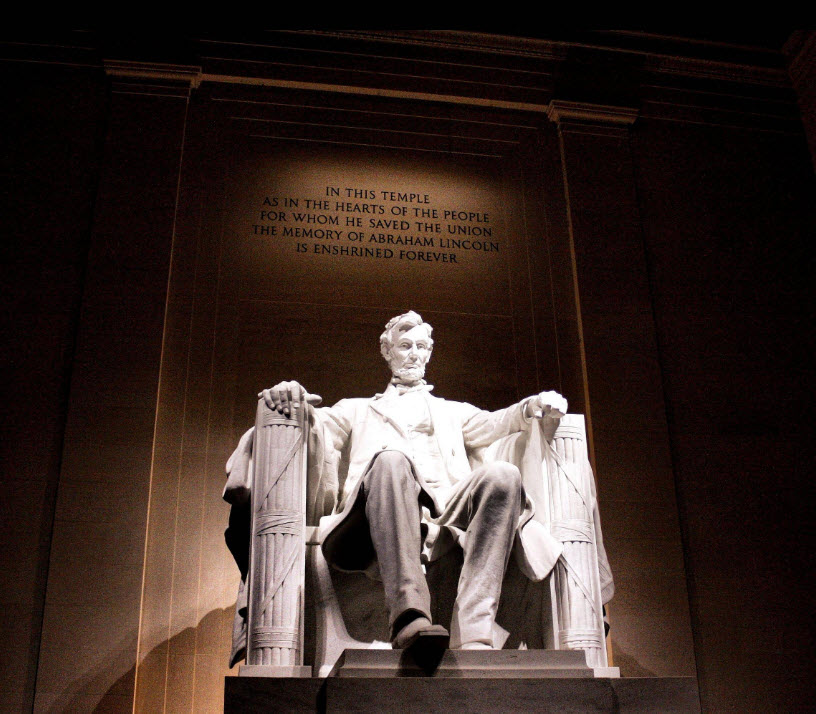 American conservatives never adopted a blood-and-soil mentality the way German, Italian, and French nationalism did in their heydays. When Lincoln delivered the funeral eulogy for his “beau ideal of a statesman,” Henry Clay, in 1852, he described Clay’s patriotism as only partly a love of his country “because it was his own country.” That reflected the usual patriotism of the tribe or the nation. The real engine of Clay’s patriotism, Lincoln argued, was that America “was a free country; and he burned with a zeal for its advancement, prosperity and glory, because he saw in such, the advancement, prosperity and glory, of human liberty, human right and human nature.” Much as Clay “desired the prosperity of his countrymen . . . because they were his countrymen,” his fundamental desire was “to show to the world that freemen could be prosperous.” Clay was devoted to the ideals of America that are encoded into the founding documents that structure the American state. Eleven years later, Lincoln applied this kind of patriotism to himself when, at Gettysburg, he described the foundation of the American Republic resting “under God,” not on family or language or ethnicity, but on “the proposition, that all men are created equal.” This proposition animates a system of government, our system.

In this the same Lincoln who, in the fourth Lincoln-Douglas debate held on September 18, 1858, said:

I will say then that I am not, nor ever have been in favor of bringing about in anyway the social and political equality of the white and black races — that I am not nor ever have been in favor of making voters or jurors of negroes, nor of qualifying them to hold office, nor to intermarry with white people; and I will say in addition to this that there is a physical difference between the white and black races which I believe will forever forbid the two races living together on terms of social and political equality. And inasmuch as they cannot so live, while they do remain together there must be the position of superior and inferior, and I, as much as any other man, am in favor of having the superior position assigned to the white race. I say upon this occasion I do not perceive that because the white man is to have the superior position the negro should be denied everything.

Is this also the same Lincoln who, in a letter dated August 22, 1862 to Horace Greeley, editor of the New York Tribune, wrote:

Nothing drives me more crazy than cuckservatives who, in trying to flesh out their Civic Nationalism, project onto figures like Lincoln some imaginary, enlightened, racial blindness that he never, in fact, possessed.

This entry was posted in History, National, White Identity. Bookmark the permalink.