Casey Cep reflects on one of Eliot’s last published poems:

I think of Eliot’s Christmas trees every year around this time: when firs, pines, and spruces appear in living rooms, storefronts, and town squares around the country. Eliot wrote the poem when he was sixty-six years old. His voice is wizened, yet wistful as he reaches through all the years of his life to recover “the spirit of wonder” from his earliest Christmases. Though formal and serious, the poem seems almost saccharine when compared to his earlier work. It will surprise many that the poet of fragments and ruins eventually turned his attention to the pretty packages and bright lights of Christmas.

Eliot had been baptized and confirmed in the Anglican Church in 1927, a profound religious experience recorded in his earlier Ariel poems, most notably “The Journey of the Magi.” Most of his literary contemporaries did not understand his conversion or the poems that followed and his faith remains divisive for readers and scholars of his work. For many, Eliot’s work was ruined by religion; the young secularist produced better criticism and poetry. For others, even those who aspired to admire his faith, Eliot the believer became too conservative and returned to the anti-Semitism of his youth.

Here is “The Cultivation of Christmas Trees” by T.S. Eliot:

There are several attitudes towards Christmas,
Some of which we may disregard: 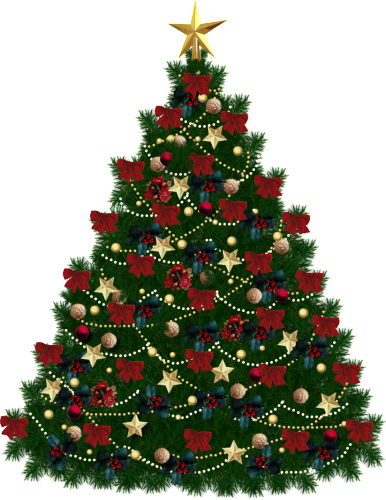 The social, the torpid, the patently commercial,
The rowdy (the pubs being open till midnight),
And the childish—which is not that of the child
For whom the candle is a star, and the gilded angel
Spreading its wings at the summit of the tree
Is not only a decoration, but an angel.
The child wonders at the Christmas Tree:
Let him continue in the spirit of wonder
At the Feast as an event not accepted as a pretext;
So that the glittering rapture, the amazement
Of the first-remembered Christmas Tree,
So that the surprises, delight in new possessions
(Each one with its peculiar and exciting smell),
The expectation of the goose or turkey
And the expected awe on its appearance,
So that the reverence and the gaiety
May not be forgotten in later experience,
In the bored habituation, the fatigue, the tedium,
The awareness of death, the consciousness of failure,
Or in the piety of the convert
Which may be tainted with a self-conceit
Displeasing to God and disrespectful to the children
(And here I remember also with gratitude
St. Lucy, her carol, and her crown of fire):
So that before the end, the eightieth Christmas
(By “eightieth” meaning whichever is the last)
The accumulated memories of annual emotion
May be concentrated into a great joy
Which shall be also a great fear, as on the occasion
When fear came upon every soul:
Because the beginning shall remind us of the end
And the first coining of the second coming.

This entry was posted in Culture, Literature. Bookmark the permalink.