The Abstract vs. The Concrete

Longtime FNC viewers know who Dr. Zuhdi Jasser is. This muslim is a former U.S. Navy Lt. Commander, now a medical doctor, and a staunch defender of those ideals of secular enlightenment & democratic accountability that the United States of America has come to represent. 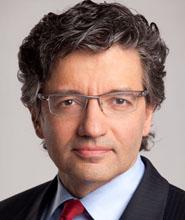 I’ve long been a fan of Dr. Jasser, who, within the MSM worldview, has been arguably one of the few Muslims (he’s a founder of American Islamic Forum for Democracy) who argue against Islamism and for western secularism, particularly when it might impinge on the expansion of Islamic influence.

In short, I hold the opinion of Dr. Jasser in the highest regard.

So, like a bolt of lightning, I was struck with Jasser’s appearance on the most recent ‘episode’ (?) of Stossel.

What struck me was how ethnocentric foundations of Jasser’s position, something incongruent relative to the standard MSM parameters of “Should we intervene in Syria?” debate.

Stossel’s recent episode on Syria is part of a larger, libertarian scepticism (complete with an FNC-sponsored-and-hashtag-oriented “The World’s Police?” graphic).

However, what inadvertently comes across in Jasser’s appearance is — qua Kevin MacDonald — ethnocentrism working its head into the forefront of any ideological movement. In the Stossel piece, Jasser debates Col. David Hunt, the latter being very sceptical of intervention in Syria, particularly when Al-Qaeda elements controlling a significant percentage of the rebel movement means such uncertainty in terms of what a post-Assad regime would be like.

In phraseology that, quite simply, shocked my ears, Jasser prefaced his subsequent, more abstract “America must stand with freedom” argument with:

“I talked to family in Damascus and Aleppo … There are millions of Syrians, part of local coordination committees that are part of helping the Free Syria Army… The majority of Syrians are far more diverse than even Egypt. The [Muslim] Brotherhood has less of a hold than in Egypt.”

It became apparent to me at that moment that Jasser’s position was, understandably, motivated by the well-being of kinship he has in Syria.

And such a concern, however understandable it might be, is not the same as what is in the interests of the United States of America.

But, that is what we can expect when the U.S. refuses to acknowledge its actual historical ethnocentrism (e.g., white anglo saxon protestants) and tries to be a ‘champion of the abstract’.

This entry was posted in International, Middle East. Bookmark the permalink.