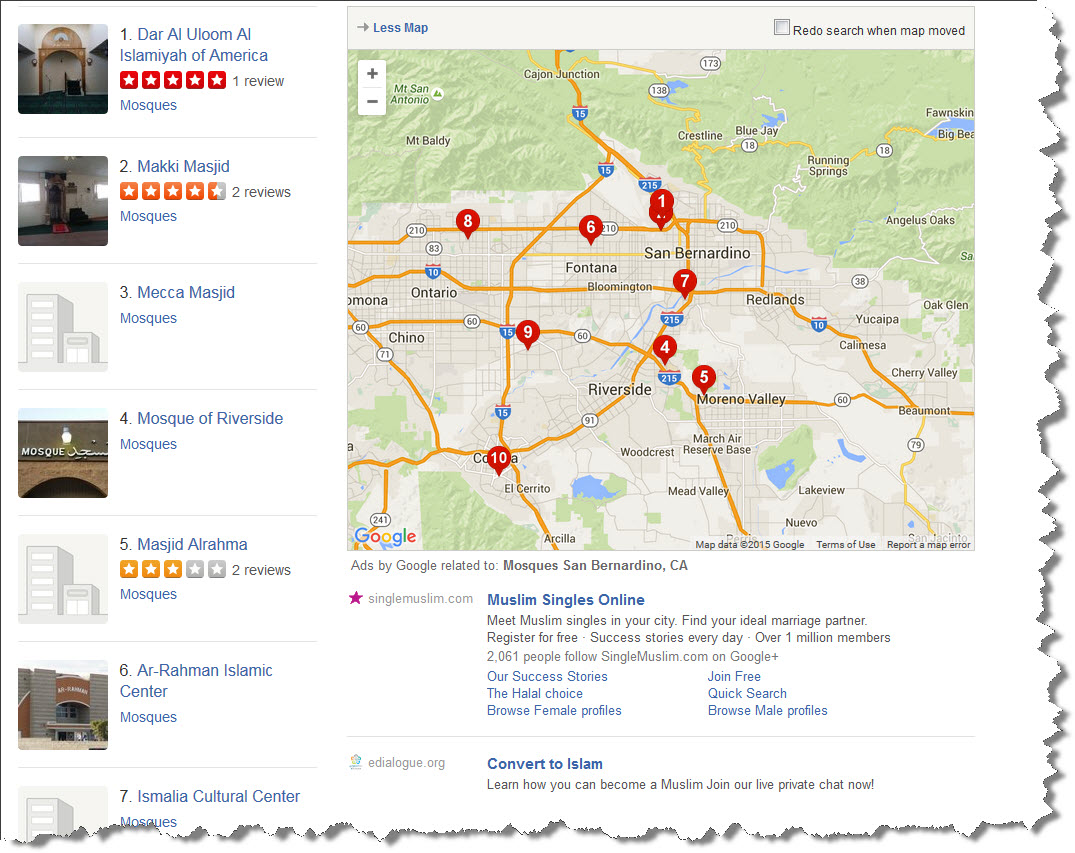 Who knew there would be so many.

There are five mosques within a two-mile radius of the shooting site.

The address of the Inland Regional Center in San Bernardino (official site here) where the initial slaughter took place today is 1365 South Waterman Avenue. Here is its location in relation to the 5 nearby mosques: 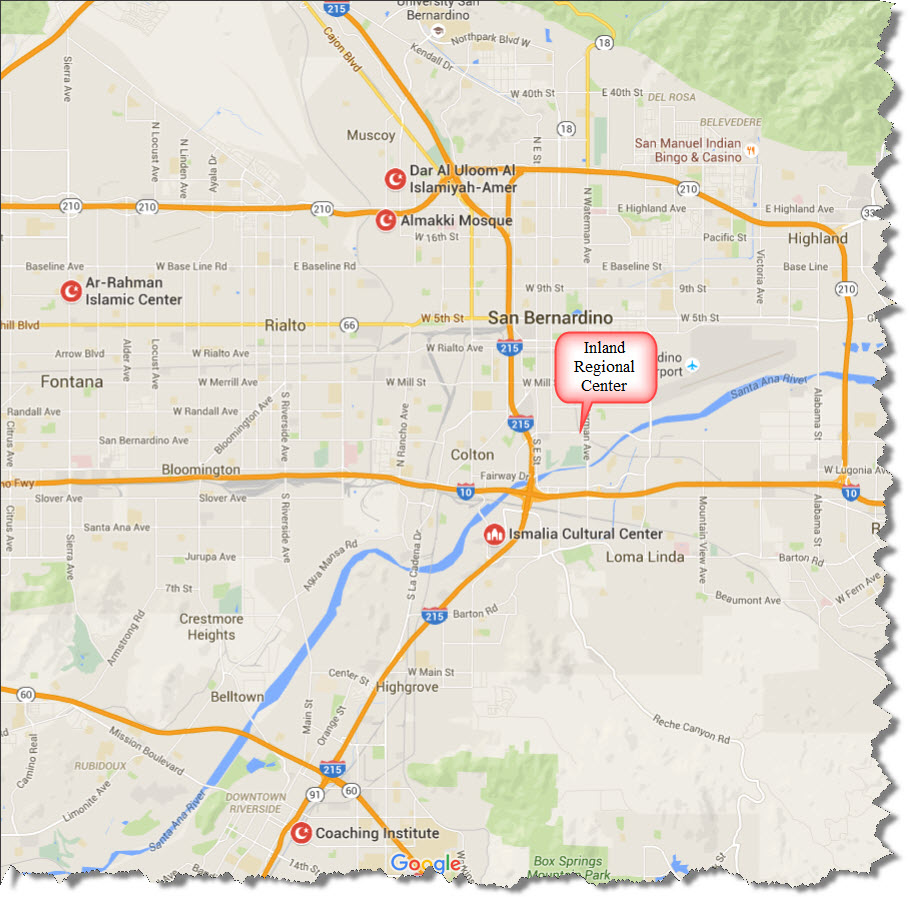 Let’s see how long it takes for the MSM to mention this.

ALSO: As far as motive —

Might the killers have deliberately chosen a CHRISTMAS party… err… ‘Holiday Party’ for their slaughter?

Meanwhile, one has to go to Pam Geller‘s site to read how early police dispatches noted they were looking for men of “Middle Eastern origin”.

Earlier this evening, I watched on TV as police surrounded a ‘church’ that they believed a suspect had run into to hide.

And while the facts are still coming in, The Organizer isn’t skipping a beat. CNN reports: “Obama calls for gun reforms in wake of San Bernardino shooting“.

Maybe O’Bozo will enlighten us on how climate change is the root cause of today’s slaughter.

This entry was posted in Islam, National, War on Terror. Bookmark the permalink.