Both of these fellows were scheduled to die on Tuesday, but due to some ‘complications‘ with the execution of one of them (who eventually died of heart failure shortly thereafter), the other’s planned execution was postponed:

Tuesday night’s botched execution in Oklahoma, which resulted in an inmate’s writhing death from a heart attack 43 minutes after he received what was supposed to be a lethal injection, was just one in a series of bungled execution attempts the past few years. It’s prompting calls for a moratorium on capital punishment from death penalty opponents.

The inmate, Clayton Lockett, was confirmed unconscious 10 minutes after the first dose in the state’s new three-drug protocol was administered. The first drug, midazolam, is intended to render a person unconscious. But three minutes later, he began breathing heavily, thrashing and straining to lift his head, media witnesses said.

Soon afterward, an alarmed Oklahoma Gov. Mary Fallin stayed for 14 days the other execution that was scheduled for Tuesday night, the Associated Press reported.

The article has lots of blow-by-blow detail of what happened with Lockett’s botched execution.

There is no blow-by-blow detail of what these two savages did to their victims, as there were no court reporters present during the crimes. Hence there is just this one paragraph about the victims.

You’ll have to use your imagination on what the blow-by-blows of those two events must have been like. 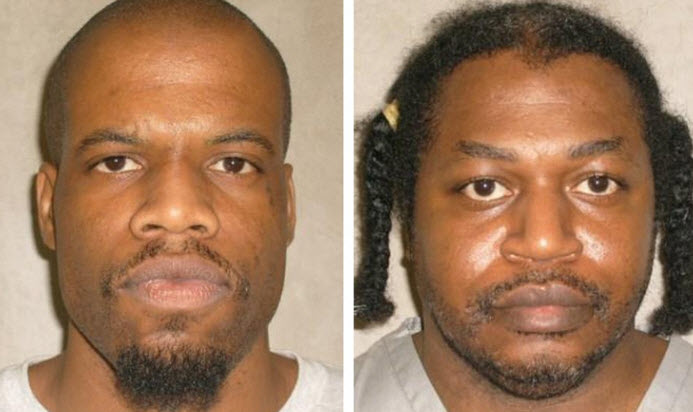