Cruel treatment of some Dreamers, proving Spain’s racist failure to fully embrace multiculturalism. Doesn’t Spain realize immigrants like this (much like low-skilled, high-fertility ‘undocumented’ Mexicans crossing the U.S. border) would be a ‘boon’ to the economy?

Spain said 140 of the migrants managed to enter Spanish territory despite the efforts of the border police.

Police used pepper spray to try to force migrants down from the 20-foot (6-meter) -high fence, but some climbed onto the lamp posts used to illuminate the border…

The new arrivals to Spain made their way, some hobbling, to the region’s temporary immigrant center, which now contains more than 1,900 immigrants, the statement said, adding this meant the facility was above its capacity.

They used pepper spray on them and sent some to the hospital! Those racist bastards! 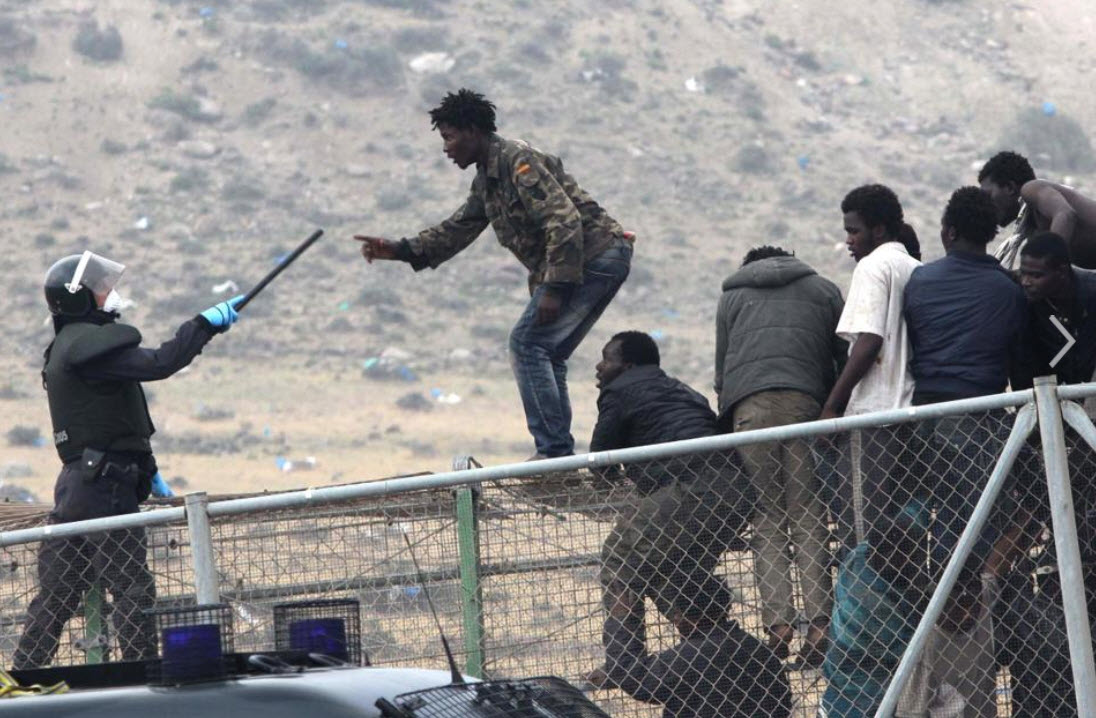