While in NYC yesterday, my girlfriend and I popped into Bonham’s for a preview of movie memorabilia that was auctioned off today.

I mainly wanted to see the auction’s highlight: the Maltese Falcon, but it was at CNN studios that afternoon (for a TV segment on the auction.)

The black figurine is one of two known cast lead statuettes made for John Huston’s screen version of the film but the only one confirmed by Warner Bros. archives as having appeared in it, said Bonhams, which declined to provide a pre-sale estimate. The winning bid came over the phone.

In any event, while I was guessing the statuette would sell for about $1 million, I was off by.. oh… a factor of four:

NEW YORK – Bonhams has sold the iconic lead statuette of the Maltese Falcon from the classic 1941 film noir of the same name for a record $4,085,000. The statuette was the top lot in Bonhams special sale held on November 25 in conjunction with Turner Classic Movies (TCM), “What Dreams Are Made Of: A Century of Movie Magic At Auction As Curated By Turner Classic Movies.” 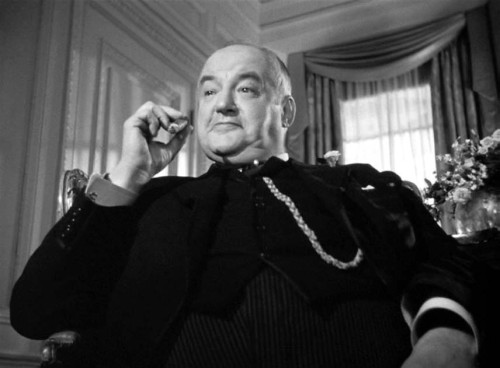