Multicultural societies — from 19th-century Austria–Hungary to contemporary Iraq, Lebanon, the former Yugoslavia, and Rwanda — have a poor record of keeping the peace between competing tribes. They usually end up mired in nihilistic and endemic violence.

Having just read about the origins of WW1, on this the hundredth anniversary of the Somme, I never quite realized the extent to which the ‘ethnic identity’ dynamic was in play.

The only hope for history’s rare multiracial, multiethnic, and multireligious nations is to adopt a common culture, one that artificially suppresses the natural instinct of humans to identify first with their particular tribe. America, in the logical spirit of the Declaration of Independence and the Constitution, was exceptional among modern societies in slowly evolving from its original, largely European immigrant population to a 21st-century assimilated, integrated, and intermarried multiracial society, in which religious and racial affiliations were incidental, not essential, to one’s public character and identity.

But such a bold experiment was always tenuous and against the cruel grain of history, in which the hard work of centuries could be easily torn apart by the brief demagoguery of the moment.

VDH spends the rest of his piece skillfully dissecting The Organizer’s historical rhetoric and current role in fanning the BLM flames that have recently led to the deaths of 5 cops in Dallas: 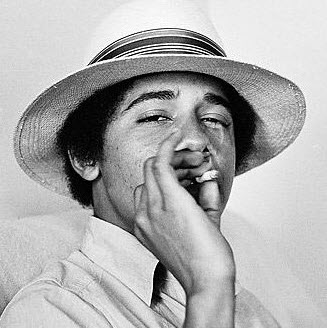 Shortly afterwards, twelve Dallas law-enforcement officers were shot, and five of them killed, by a black assassin who declared solidarity with Black Lives Matter and proclaimed his hatred for white law enforcement. That outbreak prompted Obama to take to the podium again to recalibrate his earlier message. This time he amplified his gun-control message, and somewhat delusionally added that the upswing in racial polarization did not imperil national unity — in much the same way that, in years past, he had announced that al-Qaeda was on the run, we were leaving behind a stable Iraq, and ISIS was a jayvee organization. Note the Obama editorial method in the case of police incidents, from Skip Gates to Louisiana and Minnesota: He typically speaks before he has the facts, and when subsequent information calls into question his talking points and theorizing, he never goes back and makes the corrections. Nor does he address facts — from Ferguson to Dallas — that do not fit his political agenda. Finally, a police shooting of an African-American suspect is never an “isolated event,” while the shooting of an officer by a black assassin is isolated and never really thematic of any larger racial pathology.