Angry Black Man NYT columnist Charles Blow is blowing a gasket because his Yale undergrad son got stopped by the Po-pos. He frantically tweeted the following: 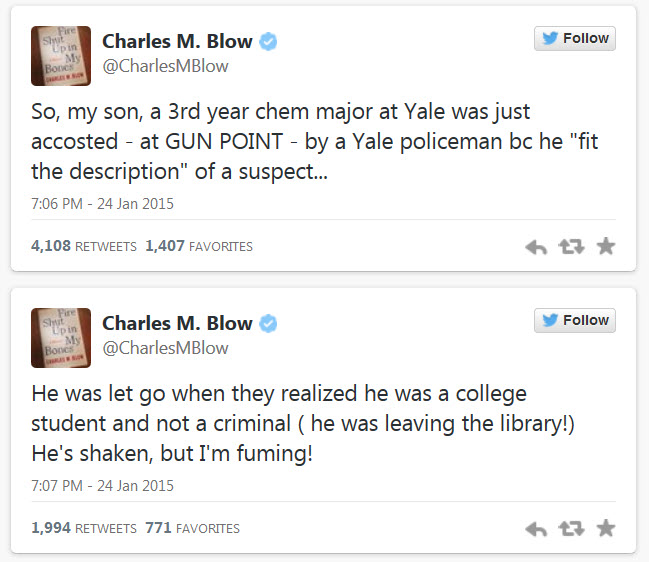 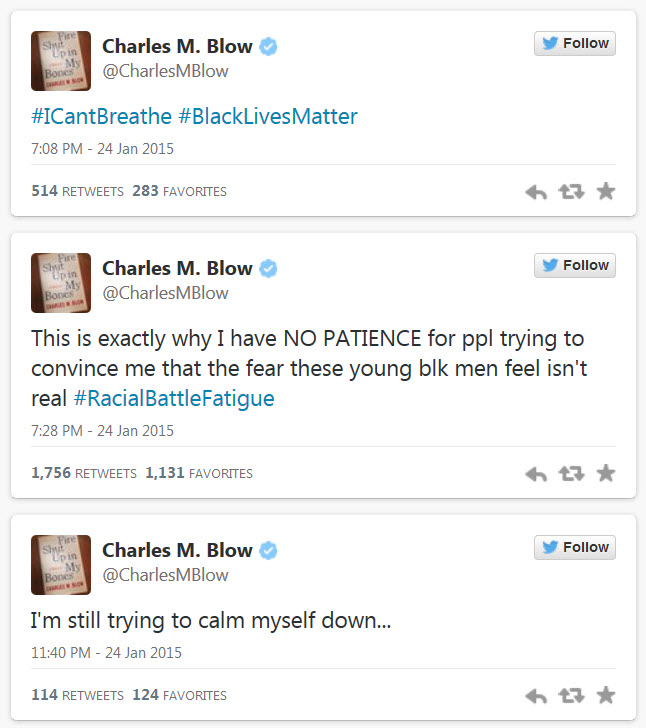 Like Skip Gates, black race merchants literally want to create racial confrontation and controversy… when there is none.

He fit the description and was stopped. Then he was released when he produced ID.

So if they didn’t stop people who fit the description and then those some persons attacked 3rd year Chem students leaving the library, what would his response be?

This entry was posted in Black, MSM, Political Correctness. Bookmark the permalink.