A British newspaper has a column titled: “Enoch who? 45 years since Rivers of Blood”:

Powell delivered the notorious speech in Birmingham on April 20, 1968, at the General Meeting of the West Midlands Area Conservative Political Centre, when he criticised immigration and anti-discrimination legislation, claiming that Britain had to be mad to allow in 50,000 dependents of immigrants each year.

It became known as the ‘rivers of blood’ speech because of the line ‘As I look ahead, I am filled with foreboding. Like the Roman, I seem to see the river Tiber foaming with much blood’.

In a parallel with the GOP in the U.S.:

Conservative peer Lord Ashcroft, who bankrolled much of the part’s campaign for the 2010 election, polled 1,035 adults from ethnic minorities.

He has called for the party to do more to win over ethnic minorities to the Conservatives and believes that its failure to do so in 2010 cost David Cameron a majority and forced him to seek a coalition with the Liberal Democrats….

The research found that nine in 10 of both the ethnic minority and general population say Britain has become a multicultural country.

While 91 per cent of minority voters say they are in favour of multiculturalism, only 70 per cent of the general population agree.

UK Independence Party voters are the only group among whom a majority say they are not in favour of multiculturalism.

Lord Ashcroft said: “Only 16 per cent of ethnic minority voters supported us at the last election.

“We must do better than this – both because we should be a party for the whole country, and because we will find it increasingly difficult to win a majority without them.

“There is no doubt that in 2010 this situation cost us seats”. 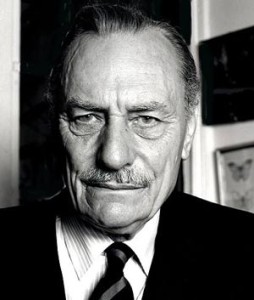 You bet it cost you seats. Your ‘minority outreach’ program will fail. You attempts to move to the left will never appeal to minorities, because the Labour Party will out-left you every time. And, with such a principle-compromising strategy, you will have alienated your base, native Brits (e.g, whites.)

So, it will cost you more seats in the future, until (once the racial demographics are sufficient) you are a completely irrelevant party.