If you can stomach the sounds of two ‘globalists’ kibbutzing and wringing their hands about the dastardly Alt Right, this NPR interview that thee unbearably sanctimonious Terry Gross has with Jonathan Weisman is chock full of paranoia and cognitive dissonance. Regarding Weisman:

He’s deputy Washington editor at The New York Times and a former Times congressional correspondent. His new book, “[1](Semitism): Being Jewish In America In The Age Of Trump,” is about how he was barraged by anti-Semitic tweets after linking to an article titled “This Is How Fascism Comes To America.” The book is also about the larger white nationalist movement and its connections to the Trump campaign and administration.

This rhetorical question from Gross is a howler:

GROSS: So your book is kind of opinionated, which is unusual in the sense that, like, you’re a New York Times editor and a former congressional correspondent. And, you know, The New York Times likes to separate analysis from opinion and everything. Is it OK for you to be this opinionated in your book?

There’s no need to convey Weisman’s response. Just look at that question! LMAO.

And this passage is yet another example to add to the list supporting KMac’s observation (in CoC) that secular leftist Jews often become more religious as they age, primarily as a means to get ‘in touch’ with their Judaic heritage: 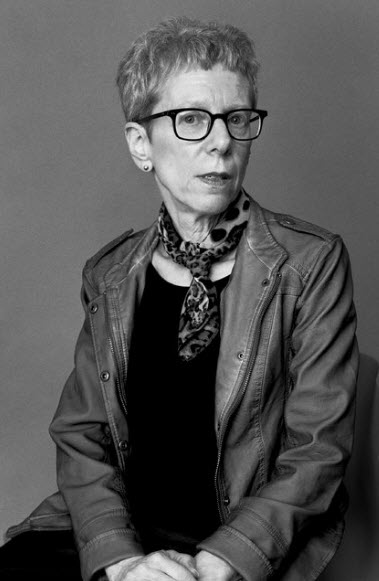 GROSS: I’m wondering how your exposure to anti-Semitism and now your study and analysis of it has affected your own life as a Jewish person. You grew up very secular. Your parents were from New York, but they moved to Atlanta. You grew up in Atlanta. You say your mother joined the synagogue not out of great religious conviction but because it was a synagogue connected to the civil rights movement, and she wanted to be a part of that.

WEISMAN: That is correct.

WEISMAN: Yes (laughter). When this first came about and I started getting noticed for standing up to the alt-right, I suddenly became a spokesman for the American Jews. And I laughed about it. I would actually joke and say, look at me, spokesman for the American Jews. But I have become, I think, more identified Jewish – slightly more religious, although I think my rabbi would differ (laughter). And I have tried to imbue more of a sense of Judaism on my two daughters.

But it’s one of these things that a lot of Jews took notice of during the Nazi era – that, you know, you can hide from your Judaism, but they won’t let you. It will catch up to you. And it caught up to me, and I realized this is something to embrace, and I will embrace it.

This entry was posted in Culture Wars, Jewish, Left, MSM. Bookmark the permalink.