The ‘cuckservative’ meme is really taking off.

In WaPo, David Weigel has a surprisingly balanced article on it.

A Breitbart writer (whose name is too long for me to type) has a good timeline on the term.

In VDARE, Alexander Hart discusses it.

Kevin MacDonald writes about it here.

In AmRen, Jared Taylor has just penned ‘An Open Letter to Cuckservatives‘, the best thing I’ve yet read on the subject.

In Counter-Currents, Greg Johnson weighs in with “The Conscience of a Cuckservative.”

In Takimag, Charles C. Johnson regales us with tales of a “Refugee from Cuckservatism“.

TNR frets aplenty, seeing ‘white supremacists’ behind it, as do RINO/cuckservatives like Erick Erickson. 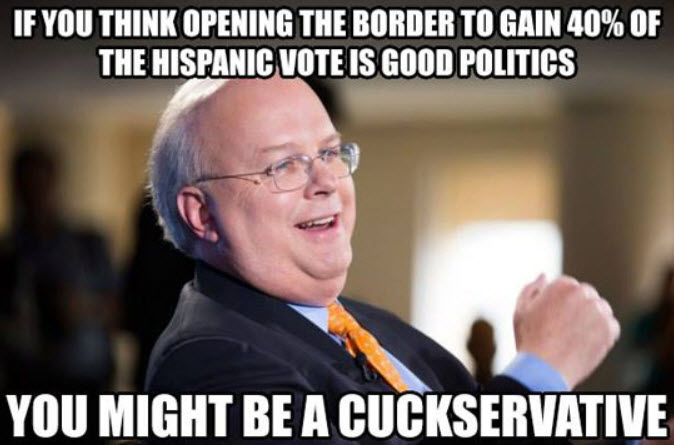 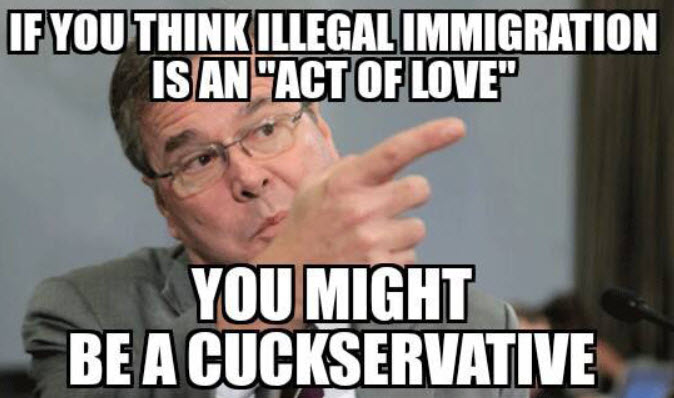 This entry was posted in Culture Wars, White Identity. Bookmark the permalink.