“In final weeks, Laquan McDonald tried to turn around troubled life” is an actual news item in the LAT, regarding the latest martyrdom of yet another ‘black behaving badly.’

Someday, the media might even be able to future-predict how his would have turned around, if it weren’t for the racist white cop.

Just one little sentence reflects his predisposition to criminality: “Court files show he racked up numerous juvenile arrests and had spent time in juvenile lockup.”

I guess we have to use our imagination to see the actual list of offenses. 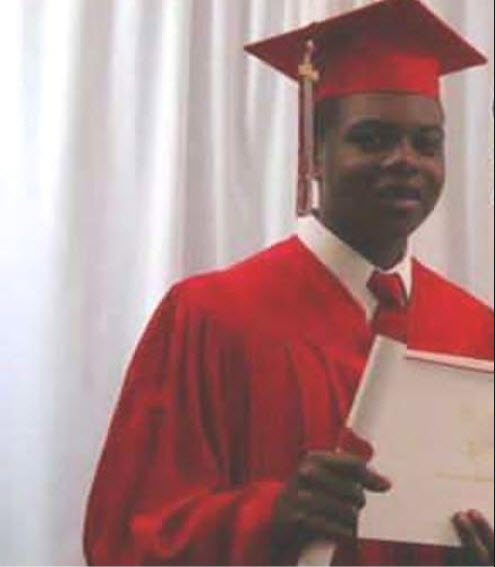 Sure, he was high on PCP, had been breaking into trucks, and was brandishing a knife in front of cops on the night he died, but that cute photo of him in his red graduation cap and attire is just adorable.

Like the Gentle Giant, the media never seems able to locate an alternative photo of the Martyr-of-the-Month, like, say, a booking photo.

Meanwhile, amidst the Chicago protests for St. Laquan, 16-year-old Lamon Reccord‘s effective self-promotion, vis-à-vis instigative ‘stare downs’ with PO-leese, might be paving the way for his own MSNBC show, or at least segment commentator status. (Lamon is also a member of the “Revolutionary Communist Party”, which should improve his chances. Heck, Van Jones has a CNN gig!) 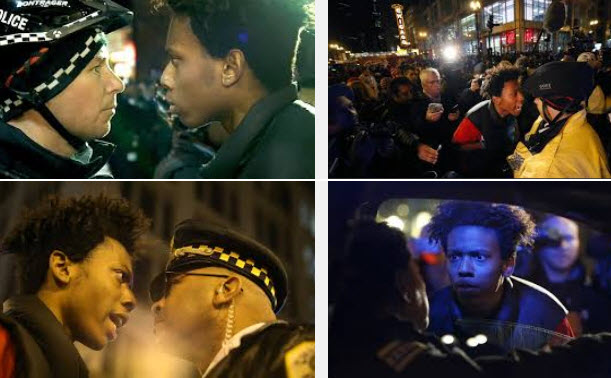 Apparently, Lamon (not Laquan) shouted “Shoot me 16 times!” to various cops. I wonder what the cops were thinking as a result, which is probably Lamon’s (not Laquan’s) point.

The first names alone are sufficient to paint a pretty good picture.

This entry was posted in Black, Crime, National. Bookmark the permalink.